My day without modern technology (year 11)

Imagine all your modern technology, your smartphone, TV, the Internet, computers would suddenly disappear for one day, what would you do?

I would wake up too late for school, because my alarm didn’t ring. Awake, I would want to check my smartphone watch. But wait, my smartphone wouldn’t be there. So I would go to the bathroom and check the clock there: 9 o’clock! Too late but fortunately my school is only minutes away from home. At school I would explain my lateness to my teachers but then, the day at school would be normal. The only difference would be that I had to check my schedule in an analog way.

After school I would return home. I would start my CD-player instead of asking Spotify and maybe play some drums. Subsequently I would start my homework and instead of my smartphone I would use dictionnairies for looking up words. This would take longer than normally.

In the evening I would meet with friends but could not send a Whatsapp message like usually. I would call them on their landline. It’s good that we still have such a tecnology in our house in 2018.

Resuming, a day without modern technology would be more difficult but easy to manage with some more time. And I think at night I could sleep better and more relaxed because I wouldn’t spend time on my smartphone directly befor going to bed. Eventually I also would start to read a new old book.

A day without social media (year 11)

Once upon a time there was a boy who happened to be addicted to his phone and other technical devices. But one day he suddenly lost every device he ever had and had to live without any modern media for one day.

He was on his way to the local bakery and was about to grab some bread. But he thought that it might be a good idea to bring some for his parents and siblings. He reached for his phone, but unexpectantly, it wasn’t there. Again, a feeling of fear came up that he might have forgotten it at home but then he remembered and felt a feeling of relief. He then bought some bread for himself and his family and went home. Once he arrived he wanted to sit onn the couch and turn on the TV, but he couldn’t. His family members came downstairs and were surprised by the fact that heir lazy, addicted son got some bread for them. After breakfast he went upstairs to his room and played darts because he was bored. But then he remembered that his best friend lived close and so he grabbed his jacket and went outside. His best friend was surprised because he had texted him that he didn’t have time. The boy was disappointed and went home to take a nap.

The other morning he woke up, his phone ringing.

A day without social media (year 9)

I would get up between 8 or 10 o’clock and usually I would send a snap to my friends or text them. But on this day I can’t do that, so I would have a big breakfast with my family. After breakfast I would have a warm shower, clean my teeth, brush my hair and get ready.

I think at lunchtime I would be very bored, so I would meet friends, but I can’t send them a message so I would do a very crazy thing: call them via landline. I think I would call two people and then go shopping with them in the city.

After coming home I would eat something, read a book and then go to sleep.

On the next day I would be very sad, because all my flames on Snapchat were gone. And I think that some of my friends would file a missing person’s report because I didn’t write them.

All in all, a day without social media would be difficult and boring.

A day without social media (year 12)

During the school day I couldn’t find out if I should by some food or if my mum has cooked and I wouldn’t know if my boyfriend gets home or if I have to open the door for my little sister (because she likes to forget her keys at home).

Well, once I get home my day would probably be like any other day because at home I usually watch TV shows or something like that but I couldn’t ask anyone if we have homework or if there is something else I need to know for school.

My evening would be very different! I would probably go to bed way too early because I wouldn’t know what to do with my life because I normally watch Youtube in the evening and we all know TV shows are just awful in today’s time.

A day without social media (year 8)

My day is not so different because I don’t have much time for my phone or social media. I would miss Whatsapp etc. because I can’t write with my friends.

Normally I check Instagram every one or two hours but my parents don’t like it. I think they will be happy about a day without social media. 🙂

A day without social media (year 8)

I think I would do more for school and I would have to go to my friends directly or call them an ask “Do you want to go out with me or do you want to meet in the city?”. I would meet my friends at home or maybe we would meet in the city and go shopping together. Maybe I would visit my grandparents and play something with them (for example board games) because they do not have mobile phones and they don’t like it when I am using my phone in their house.

I think I wouldn’t miss social media because I have deleted it before (it was a bet with my friends from school) so I know what it is like without them. Without social media I would use the time for myself and sometimes social media make me sad because everyone is so different in social media.

Most of my day would not be so different because at home I don’t use many social media because I play with my sister or help my mum and dad at home.

One thing that is difficult is the Whatsapp group with my sports team. We always write in this group and send funny pictures and jokes and we also write about practice times and our competitions. For my homework I often use google or look up words for English but I don’t think that google is social media so that should not be a problem. 🙂 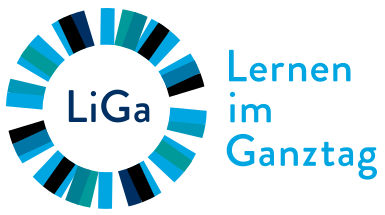